In Yoga What Does Namaste Mean

Namaste is an ancient Sanskrit word that is still in use today. It is a greeting that is used to show respect to someone else. When you say namaste, you are acknowledging the divine in the other person. You are also recognizing that the other person is a part of you.

Why do we say namaste in yoga?

Namaste is one of the most common expressions used in yoga. But what does it mean? And why do we say namaste in yoga?

The word namaste is derived from the Sanskrit words namah and te. Namah means "bow" or "obeisance," and te means "to you." Thus, namaste can be translated as "I bow to you."

In yoga, we use the namaste gesture and expression to show respect to our teachers and to all those who have come before us in the practice. We also use it to honor the present moment and all of the potential that it holds.

The namaste gesture is usually accompanied by a slight bow of the head and a touch of the hands to the heart.

There is no one right way to say namaste. The most important thing is to feel the intention behind the gesture and to let it connect us with others.

What is the spiritual meaning of namaste?

Namaste is a term often used in yoga and Indian culture. It is a respectful way to say "hello" and "goodbye." But the spiritual meaning of namaste is far more profound.

The word "namaste" is derived from the Sanskrit words "namah" and "te." "Namah" means "bow down" or "honor," and "te" means "you." When you say namaste, you are honoring the divine in the other person.

Why do some yoga teachers not say namaste?

There are a variety of reasons why some yoga teachers choose not to say namaste. For some, it may be a personal preference, while others may have a more nuanced reason for not using the traditional greeting.

One potential reason for not saying namaste is that the gesture is often seen as a sign of respect or reverence. For some teachers, this may not feel appropriate or respectful given the student-teacher relationship. Additionally, namaste can be seen as a religious or spiritual gesture, and not all yoga teachers may identify as religious or spiritual.

Another potential reason for not using namaste is that the term is often used in a way that implies the teacher is superior to the student. For some teachers, this may feel uncomfortable or unwarranted. Additionally, the use of the word namaste can sometimes come across as condescending or elitist.

Ultimately, there is no one right answer as to whether or not yoga teachers should say namaste. It is a personal choice that each teacher needs to make based on their own beliefs and values.

Is it OK to say namaste in yoga?

In the yoga community, the word "namaste" is often used as a gesture of respect and acknowledgement. But is it always appropriate to say namaste in yoga?

The answer to this question depends on the context in which it is used. In general, namaste is a respectful way to greet someone, and it can be used in yoga classes to show respect for the teacher and other students. However, it is also acceptable to simply say "hello" or "good morning" when you enter a yoga class.

Some people may find it awkward or strange to say namaste in yoga, especially if they are not familiar with the practice. But there is no wrong or right way to greet someone in yoga class – it is simply a matter of personal preference.

How do you respond when someone says namaste?

Namaste is a term used in the Hindu and Buddhist faiths that is often translated as "the divine in me bows to the divine in you." It is used as a gesture of respect and is often accompanied by a slight bow. When someone greets you with namaste, it is polite to respond with the same. You can either say namaste back or simply bow your head in return.

Can Christians do yoga?

Can Christians do yoga? The answer to this question is not a simple yes or no. There are many different aspects to consider when answering this question.

First, it is important to understand what yoga is. Yoga is a physical and spiritual practice that originated in India. The goal of yoga is to unite the mind, body, and spirit. There are many different types of yoga, but all of them involve physical postures, breathing exercises, and meditation.

Ultimately, it is up to each individual Christian to decide whether or not they feel comfortable doing yoga. If you are considering trying yoga, be sure to research different types of yoga and talk to your pastor or spiritual leader to get their opinion.

What is the special thing about namaste?

The gesture known as namaste, which is often accompanied by a slight bow and the palms of the hands placed together in front of the chest, is a traditional Indian greeting. But what is the special thing about namaste?

In Sanskrit, namaste means "I bow to you". It is used as a gesture of respect and reverence, and is often exchanged by people who have just met or who are about to part ways. The gesture is also used in prayer and meditation.

There are a few things that make the namaste gesture special. First of all, it is a sign of respect. It shows that you regard the other person as being important and worthy of your respect. It is also a gesture of love and friendship. It signifies the belief that the other person is an embodiment of the divine, and that by bowing to them, you are acknowledging their divinity.

Lastly, the namaste gesture is a sign of peace. It signifies the desire for peace and harmony between all people.

So why is the namaste gesture so popular? I think it’s because it embodies so many positive qualities. It is a sign of respect, love, friendship, humility, and peace. It is a gesture that we can all learn from and aspire to. 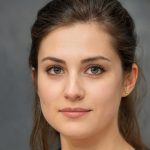 Angelina Keeley is a yoga instructor and blogger who lives in Los Angeles. She is a graduate of the University of California, Los Angeles, where she earned a degree in sociology. Angelina began teaching yoga in 2009 and has since become a well-known figure in the yoga community. She is the author of the blog Angelina Keeley Yoga, which has received more than 300,000 views. Angelina is also a contributor to the Huffington Post, where she has written about yoga and wellness topics.

How Many Calories Do You Burn Doing Yoga

How To Be A Yoga Teacher